See how Whole YouTM
Device can help you 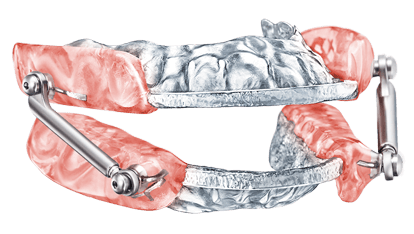 I am 30 years old and a professional musician. I’ve been touring and performing pretty much my entire career. The biggest thing I’ve done so far is playing an arena tour, which means performing for 20,000 to 30,000 people every night. You’re up on the jumbotron, jumping around and dancing and playing, it’s so much fun. Just a crazy, crazy experience. Even on a bad day there are 20,000 kids screaming their faces off. You can’t really have a bad time when you’re doing that.

A traveling musician’s life is pretty much nonstop. You’re at a gig, then you’re in the studio for eight to ten hours the next day, then practicing, all while trying to manage regular life, too — family, kids, bills. It’s hectic and there’s barely any time for sleep. 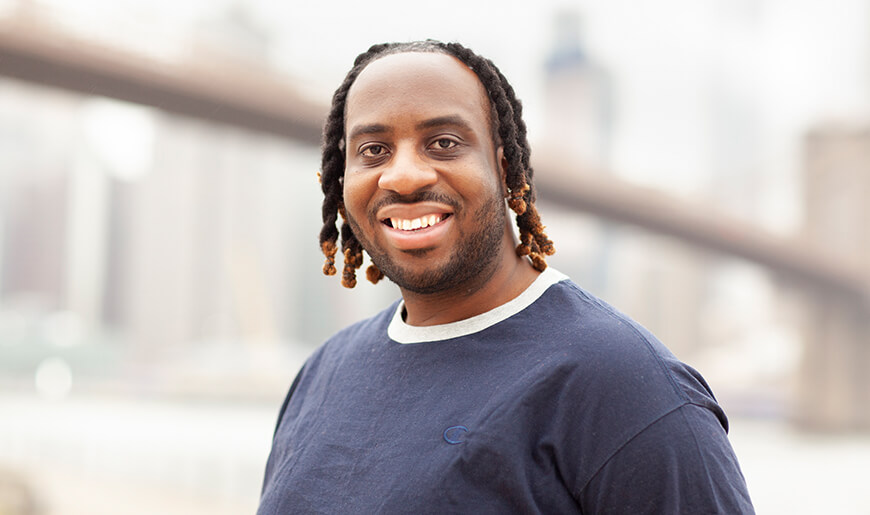 My sleep apnea came with insomnia, which lead to me having anxiety. That gave me issues pretty much throughout the day and I started knocking out in the middle of the day because it was just too much. I never really tried to do anything about it until I started performing a lot and we started doing shows where we would have to do things like book last-minute hotels the night of a show. My bandmates were the first ones to tell me that I snore, and it was pretty bad. They even started recording me sleeping and that’s when I finally heard myself and knew how bad it was.

I thought I better start looking into treatment. My sleep doctor ran a test and found out that I have mild sleep apnea. Initially, I was going to use a CPAP machine but because it was mild, the doctor asked if I was interested in using an oral device instead. Because of how much I travel, I preferred the oral device — it just makes things a lot easier.

I noticed the difference right away in how much sleep I got. I had been getting an average of four hours of sleep, consistently, every single night. The moment I started using The Whole You™ Sleep Appliance I started getting six or seven hours of sleep, which was kind of shocking for me. That’s how I knew, “okay, obviously this is working.” Little by little, I started seeing more changes. After a month or two, I was waking up without the grogginess that I used to have. I have more energy now and can get through everything in the day, I’m not cranky, and don’t need as much coffee as I used to. It’s helped out my lifestyle a lot. 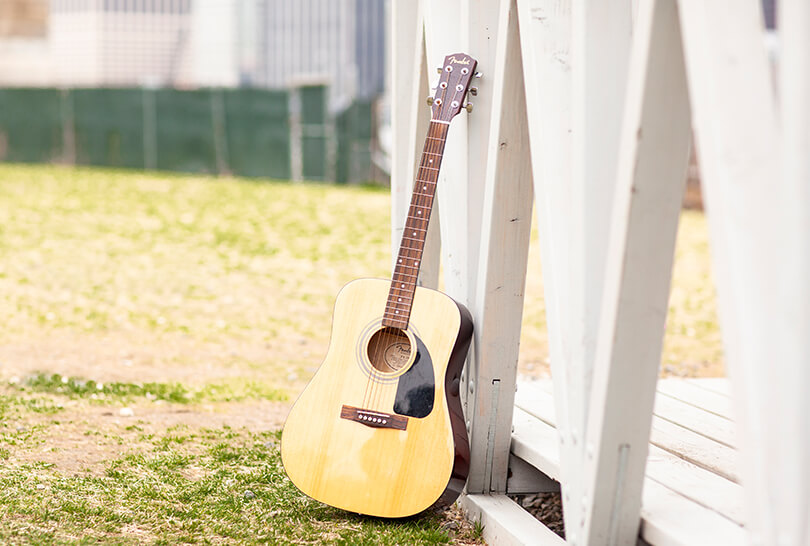 I’ve been in Brooklyn, New York, all my life. Born and raised. It’s hard not to love Brooklyn, especially as a musician. There’s spot called Come On Everybody, which is one place I’ve performed. It’s a pretty intimate space. Then you have Brooklyn Steel or Baby’s Alright. And I’ve played at the Barclays Center when I opened up for a huge band which was like a dream come true kind of thing. Especially being born and raised in Brooklyn.

Better sleep is giving me more energy to explore, try new things, and see things from a different perspective. I don’t want to sound cliché but I think the sky’s the limit. We’re just kind of touching the tip of the iceberg. I’m thankful and I’ve been blessed to experience what I’ve experienced thus far, but we still have so much more to go.

Location Guide: Located on the Brooklyn side of the East River in New York City Brooklyn Bridge Park is an 85-acre park with a waterfront promenade, playgrounds, a dog run, and expansive lawns that provide views of the Manhattan skyline. The over half a million visitors it sees a year can enjoy activities such as free kayaking, outdoor movies, sunrise yoga and ferry rides. Over the past few years Dumbo has become a cultural hub with world class restaurants, a burgeoning nightlife scene and also the headquarters of various media companies.

Travis had a hard time falling asleep and staying asleep. As a result he had a lot of daytime sleepiness and he was snoring. I chose the Whole You™ Pink device because he is a young man and is going to wear the appliance for many years. We are glad to see the initial dramatic improvement in his snoring, with less daytime sleepiness, and more daytime energy. We will be seeing Travis every 6 months at our follow-up appointments because continued care is crucial to the success of the treatment.

Good news! Many of our providers will work with your medical insurance benefits to see if there is any financial help from your insurance. Start the discussion now to become a next City of Sleeper!

All fields marked with an asterisk(*) are required.

Good morning sleepers! Across the country, sleep apnea patients are waking up refreshed and alive again.
Enjoy their stories as they escape the sleep apnea fog and live the life that makes them whole.
Wendy
"My new apnea treatment gave me my energy back. Now I’m a gym regular and lost 62 lbs!"
Tammy
"Now with the Oral Appliance, I am back to enjoying and living my life."
Joe
"Now that my sleepless nights are over, I can keep up with our grandson all day."
Nicholas
"I'm a soldier and a father. Good sleep helps me be better at both." 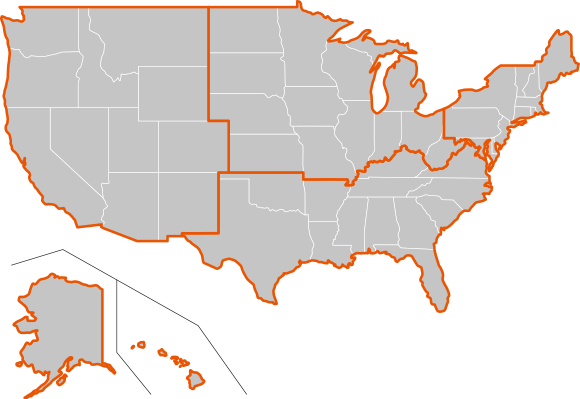 Questions? We have answers.

Explore FAQs
What is sleep apnea?
Learn More
Symptoms and health risks of sleep apnea
Learn More
5 reasons to start Whole You™ treatment
Learn More
4 easy steps to get your sleep appliance
Learn More
This information is meant solely as a human interest story and is not meant to constitute medical advice. These results are not necessarily typical, indicative, or representative of all users. As with any medical device, there are factors affecting performance, which ultimately result in variable outcomes. These factors include, but are not limited to, preexisting health conditions, and adherence to instructions. Due to these variables, it is not possible to predict specific results or patient satisfaction.
Ready for More Restful Sleep?